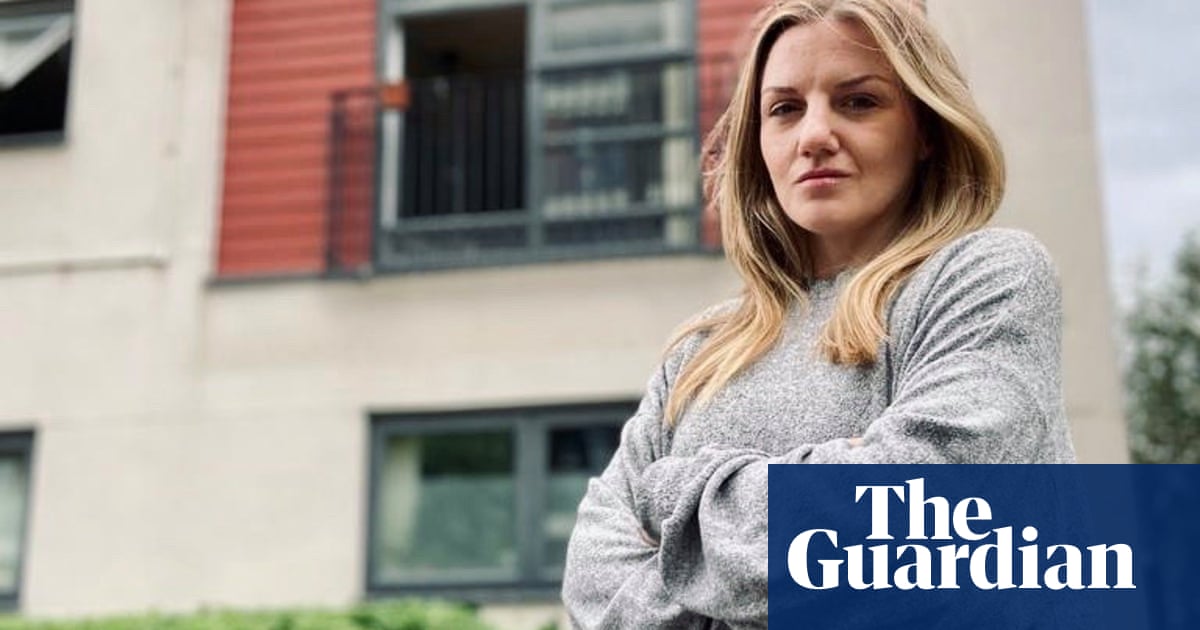 Liz Vick doesn’t rest easily in her apartment. She is one of 270 households in the Lamba Court complex in Salford and has recently contributed £3,000 to the cost of a temporary fire alarm system to avoid the need for night watch patrols to give early warnings of fires.

“I don’t sleep well,” the 32-year-old account manager said. “Fire alarms go off through the night. I can’t tell you the feeling when a fire alarm goes off and you know you are in a flammable flat and you have 15 minutes to get out before the building burns down.”

Engineers found serious faults with the cavity barriers inside the walls that are supposed to stop the spread of fire. Many were missing. She said others were stuffed with plastic bubble wrap, a solution apparently improvised by builders.

A survey found “a poor quality of workmanship resulting in discontinuous, inadequately secured and missing cavity barriers in the areas required by the building regulations at the time of build”.

The block also has wooden balconies, and the flats are essentially worthless because mortgage companies are unlikely to lend to prospective buyers. Fixing the problems could cost anywhere between £60,000 and £115,000 for each apartment.

“The figures have been hideous,” she said.

Her future may rest on how far promises made by Michael Gove to legislate to protect leaseholders like her from the cost of fixing all fire-safety defects are met. The government initially indicated that it would chase developers and material manufacturers for the costs of cladding defects and it is understood to believe these remain the priority.

“I have had meetings with advisers about bankruptcy, which I never thought in my life I would have to do,” Vick said. “I am very much expecting to end the year as a bankrupt.”

She faces the prospect of moving back in with family or friends.

“[The announcement] is just cladding, yet again,” she said, after Gove’s plans first emerged. “I can’t say I am surprised. This isn’t the first time the government has made this fuss. The announcement comes, and you find out it’s just cladding and you are heartbroken. This doesn’t help in any way unless they open it up to other fire defects. It is completely useless to us if it’s just cladding. Lots of other [affected] people don’t have cladding either and cavity barriers are one of the biggest issues.”

She bought the flat in 2018 after making careful checks about the fire safety of the cladding, but there was no way she could know about the internal problems.

“I can’t get on with my life,” she said. “I can’t start a family with my fiance. I am now on medication for anxiety and depression and I am due to start therapy. You are constantly in survival mode.”

She has postponed marriage plans “because there is no possibility we can afford a wedding”.

She said the leaseholders had contacted the developer of the block, Bellway, several times. A leaseholder from Lamba actually went to the developer’s annual general meeting before Christmas to confront them and deliver a letter signed by leaseholders asking for help with “ruinous costs”.

She said they were awaiting a response from Bellway’s chief executive, Jason Honeyman. The freeholder had refused to pay for any remediation and had stopped communication with leaseholders, she said.

A spokesperson for Bellway said the firm’s external fire consultants are currently looking into this matter in more detail and it will respond in full once this is complete.