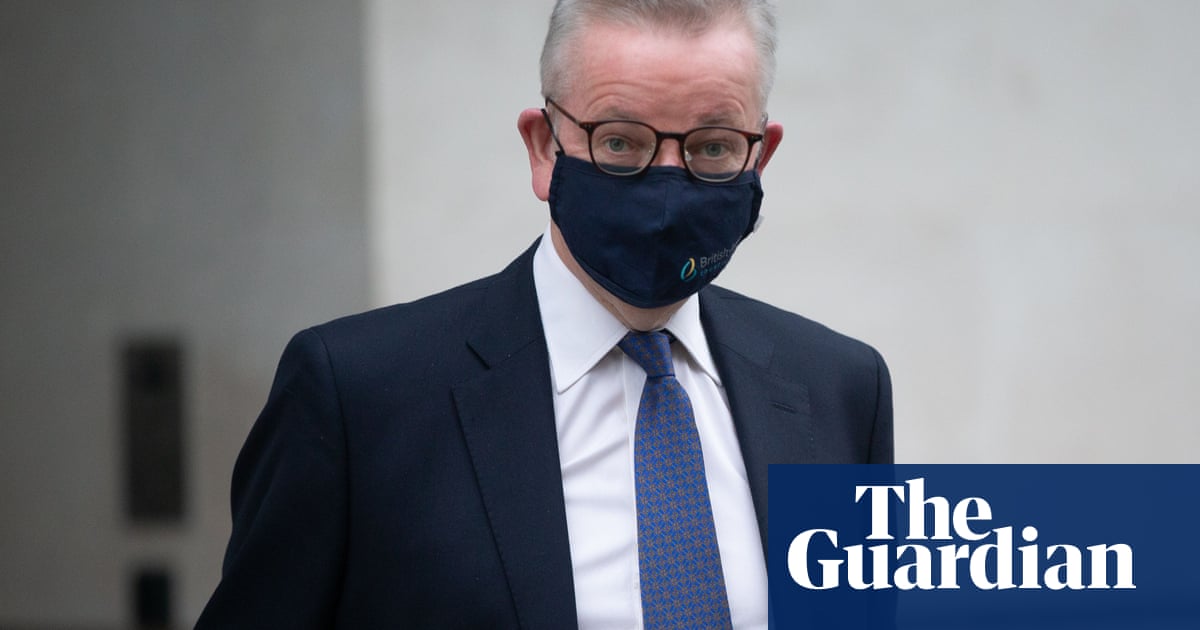 For nearly two years, a small army of lawyers has been trying to decide who to blame for Grenfell Tower’s dangerous cladding. At the outset of the latest phase of the public inquiry into the disaster, lead counsel warned the organisations involved against indulging in “a merry-go-round of buck-passing”.

Michael Gove now faces a similar problem as he seeks to pin responsibility for similar failures on not just one, but thousands of apartment buildings across England. It is a quagmire that has defeated several cabinet predecessors in charge of housing, to the anguish of hundreds of thousands of people whose homes have been rendered worthless.

“We want to try and cut through that,” the secretary of state for levelling up, housing and communities declared on Monday morning.

Gove’s plan – to give developers until March to come up with a plan to foot the £4bn bill to fix cladding on medium-rise blocks – rests on giving the housebuilders very little room for manoeuvre and stopping them from pointing the finger elsewhere, at least in the first place.

His team understand that the problem requires an urgent fix, not least with the fifth anniversary of the Grenfell fire looming in June and backbench MPs facing considerable pressure from constituents whose lives are in turmoil. They also recognise it doesn’t solve everyone’s building safety problems. But they have decided to start here.

Gove will threaten to strip builders of valuable government contracts and access to subsidies such as the help-to-buy programme unless they promise to do two things: “Fund and undertake all necessary remediation of buildings over 11 metres that you have played a role in developing” and “make financial contributions this year and in subsequent years to a dedicated fund to cover the full outstanding cost to remediate unsafe cladding on 11-to 18-metre buildings”.

The punishments for inaction could include a new law requiring them to pay, restricted access to government funding and public contracts, the pursuit of companies through the courts and even using planning powers to make their operations difficult. Gove has one more “blunt but heavy instrument” in his armoury: a tax hike. The government has already consulted on a new 4% tax on profits of residential property developers to raise £200m a year to help fund remediation works. This could be increased and the Treasury has given Gove permission to “use a high level threat of tax … as a means of gaining voluntary contributions from [developers]”.

Some observers believe this will be a sufficiently tight vice to trigger action. They calculate housebuilders cannot afford to wreck their relationship with the government and will pay up and consider pursuing materials manufacturers and others with threats of legal action of their own.

Stewart Baseley, the executive chairman of the Home Builders Federation, hinted at what may be to come when he accepted that leaseholders should not have to pay for remediation, but said builders should not cover the costs alone. The implication was: what about the companies like Kingspan and Arconic that made combustible cladding materials? What about the subcontractors who may have assembled them wrongly?

If Gove doesn’t manage to quickly reach the £4bn target from the developers (and remember, previous appeals for developers to do the right thing failed), his department’s own coffers could be raided. That is an unappealing prospect given Gove’s responsibility for Downing Street’s flagship levelling up policy and the urgent need to keep investing in social housing.

“Leaseholders shouldn’t pay, the polluter should pay and we want to work with everyone involved to get to a constructive solution,” Gove said on Monday.

Whether that happens may come down to who blinks first.