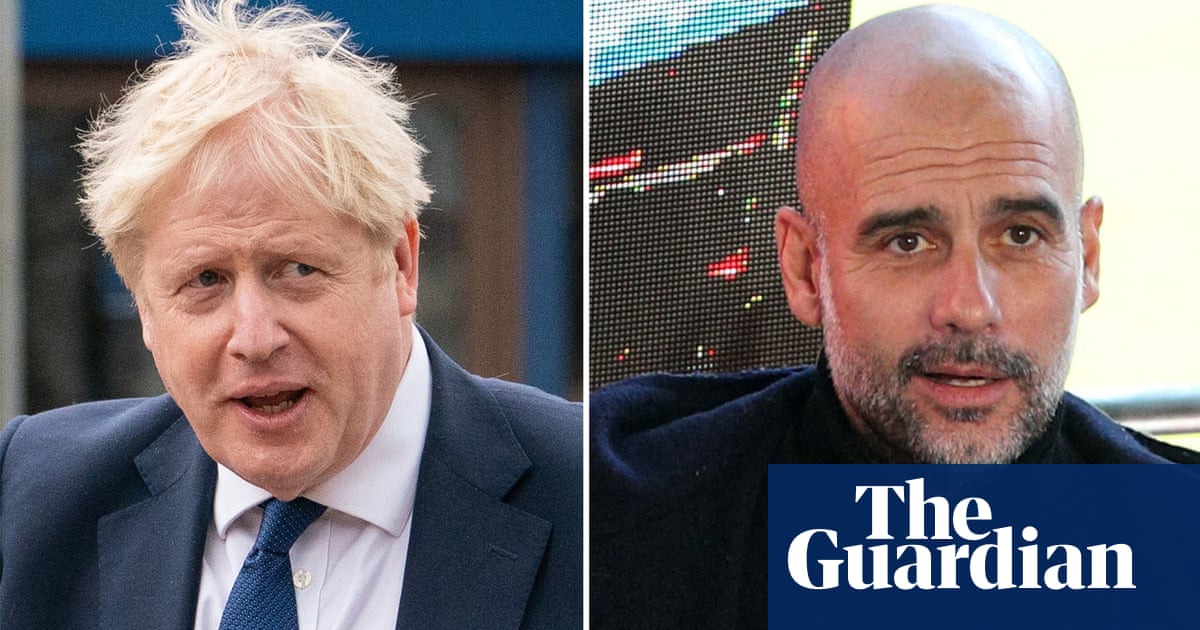 In a novel talking-up of his boss, Michael Gove has described Boris Johnson as “the Pep Guardiola of politics”. Asked whether the PM had lost the support of his MPs the communities secretary likened him to the Manchester City manager, telling LBC: “He is the true blue champion and even though we don’t necessarily win every match, he’s an inspirational leader.” So how do the pair measure up?

Johnson: Elected as an MP five times in two constituencies. Two London mayoral election wins, and an 80-seat majority in the 2019 general election.

Guardiola: Trim, neatly bearded, immaculately bald. Pitchside outfits have moved from the full business suit to a more upmarket-leisurewear approach, with an unfortunate digression in the “jardigan”, a curious knitted jacket with a hood.

Johnson: Being dishevelled is part of the Johnson brand, but still now the sheer disarray of his hair and his crumpled outfits can cause comment. Once described as looking as if someone had “shaved the Honey Monster and put him in a suit for a court appearance”.

Guardiola: Famously focused and organised, with his players knowing in detail exactly what he expects them to do on the pitch. While imposing rigorous systems, Guardiola is also flexible when required, adapting to the needs of the various teams he has managed.

Johnson: Somewhat different. While as London mayor Johnson successfully delegated much decision-making to trusted aides, his Downing Street has been marked by disorganisation, high staff turnover and brutal infighting.

Guardiola: Manchester City are 10 points ahead in the Premier League and seem in a strong position to bring Guardiola a fourth title with the club. He is still hugely popular with their fans, even if he has yet to deliver a Champions League win, losing last year’s final to Chelsea.

Johnson: Feted by his party after the 2019 election win, but faces increasing unrest from Tory MPs over tax rises, Covid restrictions, the cost of living and reports about allegedly lockdown-breaking Downing Street parties. Might not survive another season.

Guardiola: Married entrepreneur Cristina Serra in 2014, after the pair had already been a couple for around 20 years. They have a son and two daughters.

Johnson: Married three times, most recently to former Conservative party PR head Carrie Symonds, with whom he has two young children. Has four grown-up children from his second marriage, to barrister Marina Wheeler, and at least one other child, possibly more.